‘Dawn of the Planet of the Apes’ kicks off with a rousing hunt scene. Instead of the apes chasing down humans, we are treated to a nearly wordless 10 minutes sequence in which the apes in formation, stalk and take down some elk and nearly escape a bear attack. Though the hunt turns into chaos it is also apparent that the apes had continued to evolve from ‘Rise’ by the fact that they have now established hunting tools, some wearing war paint, some riding horses, and a colony in between the giant redwoods. This society has families, a sort of school, some laws that they have put together, and at the top of the chain stands Caesar. He has taken the leader position and rules it well.

This ape-topia is broken by a group of humans out wandering in the woods looking for an old hydro-electric plant as they have lost power to their small community in the city which threatens to bring anarchy to their streets. One of the humans feels threatened and shoots and injures one of the apes. Caesar, being a fair leader, spares the lives of the humans, but is taken to task by Koba, his second in command for being too soft on the humans. Caesar, though cautious, still feels somewhat of an alliance to the humans based on his upbringing, and wants to be able to live in peace.

Not wanting to look weak in front of his group, he takes the apes with him to the human village and sets up strict boundaries between the two worlds. Showing not only that the apes can talk, but that they aint gonna take no shit from nobody. Dreyfus (Oldman) convinces one of the other humans Malcolm (Jason Clarke) to plead with Caesar for passage to the dam, telling him that things will go back to the way they were during the plague if they are unable to get the power working. Malcolm takes his son and his girlfriend and small band of others back to the forest, and Caesar allows them to work there in exchange that the humans do not bring any guns and that they are out in the time frame he allows them to work in.

This of course does not go as planned, things go awry, which leads to the action packed third act of the film. While the conclusion is thrilling and rivals some of the better action sequences of the past few summers, it really isn’t what makes this film special. While the trailers for this film promise a non-stop ape on human action, that isn’t what this film is about. This is a slow film, not in the bad sense, but it is building this world around it. I’m guessing this is going to be a trilogy and if so this is also one of the stronger second films around.

Knowing that this is a planet of the apes film, the movie smartly focuses mainly on the apes. A lot of the dialogue in the film is done with sign-language, with spoken words peppered throughout. This really gives the film a realistic quality that you can see this species evolving. Not all the apes can speak yet and they still live in semi primitive means. But you can see a society being built around them, the laws they have set up to follow speak to the kind of world the apes want to live in. A world not devoid of violence but one that has guidelines as to what is acceptable, to take them above and beyond just animals.

The humans aren’t ready to give up their place at the top. The plague that wiped out most of the world was called the ‘Simian Flu’ and most of the humans blame the apes already for causing this end of the world scenario. One of the things the movie handles perfectly is not defining real villains. There are some in the film, but they also stem from good intentions and aren’t there just to be ‘bad guys’. There are depth and reasons given to their actions.

The film handles the material seriously and does it in a way that never feels goofy or false. A lot of care was taken into building this world. My highest praise for the film is that it makes the premise believable. It never feels like a b-movie plot, but a logical progression of evolution. If another species would evolve like us, this is what would be natural. It gives us a look into what this burgeoning world would look like in a way none of the previous films of the series did. It makes us want to spend time with the apes, to look deeper into their lives, and how they have come to be.

The film also touches on society in general. How we work together, how we break apart, how even with the ideals we want to live with can sometimes be overtaken by our own violent instincts and prejudices. This message isn’t overwrought in the film but it is something you can feel underneath it all.

The film is not without its faults either. It is a long movie and you can definitely feel the runtime. Some of the third act decisions are easy to see coming a mile away, but it still remains enjoyable, and the action is easy to follow and you feel the consequences of what transpires. It is a great sequel and surpasses ‘Rise’ as a better film.

I’m sure every review of this film will mention the CGI, and I would be remiss to do the same. It really is some of the best CGI used in a modern film. The transition is almost seamless and many times I found myself wondering if they used real apes or if it was just motion capture. Topping this film once again is Andy Serkis, who deserves all the praise he has received for his work. Not only are the movements totally believable, but so much of the film is carried in his facial expressions, giving such a depth and real character to Caesar. This is not someone just prancing around in a monkey mask, this is an actor truly delving into a role and making it real. You feel his anguish, his pain, his strength, and love all throughout the movie. It really is one hell of an achievement and hopefully this will be the year his work gets recognized.

If you want a blockbuster film that has more of a brain, this is definitely the film to go see this summer.

And fuck, I’ve been restrained this whole time.

I went ape for it, I went bananas. No more monkey business, this film is ape-tastic!

@cenedalton Yeah, they actually have a park where they keep them at. You have to get there by helicopter, but it’s worth it!

@cenedalton yeah, it’s called Jurassic Park. They have all kinds of dinosaurs there

@Kloipy I thought that was just a movie

@cenedalton that’s what THEY want you to believe!

the Word's been spoken 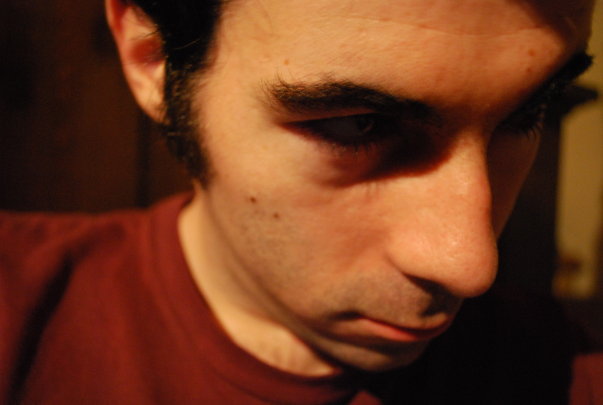